introduction to the acol bidding system 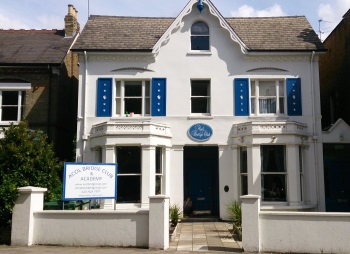 Learning to play bridge is a bit like learning a language except it is much easier! This language is used to communicate with your partner during the auction part of the game and is known as a bidding system. There are several bidding systems in use nowadays, but the three main ones are Acol, Standard American and Precision.

Acol is used by many bridge players around the world, but predominantly in the United Kingdom, the countries of the British Commonwealth and Scandinavia.

The Acol bidding system was devised during the 1920s and 1930s by a group of distinguished bridge players who named it after the road in West Hampstead in which the club then resided, before its move to its current premises in West End Lane. There is still an ACOL club to this day, (pictured). A more complete history of ACOL is outlined on this page.

At Raunds Bridge Club we use the ACOL system which is used by the majority of clubs in the country and also by home bridge players as it's probably the easiest to learn. For those reasons we will only cover the ACOL system in these lessons.